First holiday away in the UK after lockdown., nice to watch the rain in a different county.
Visited a local carboot sunday before travelling to spend a few days near Gt Yarmouth.
That day was fine and probably I being light headed to be out and about felt eager to spend money buying the pictured items 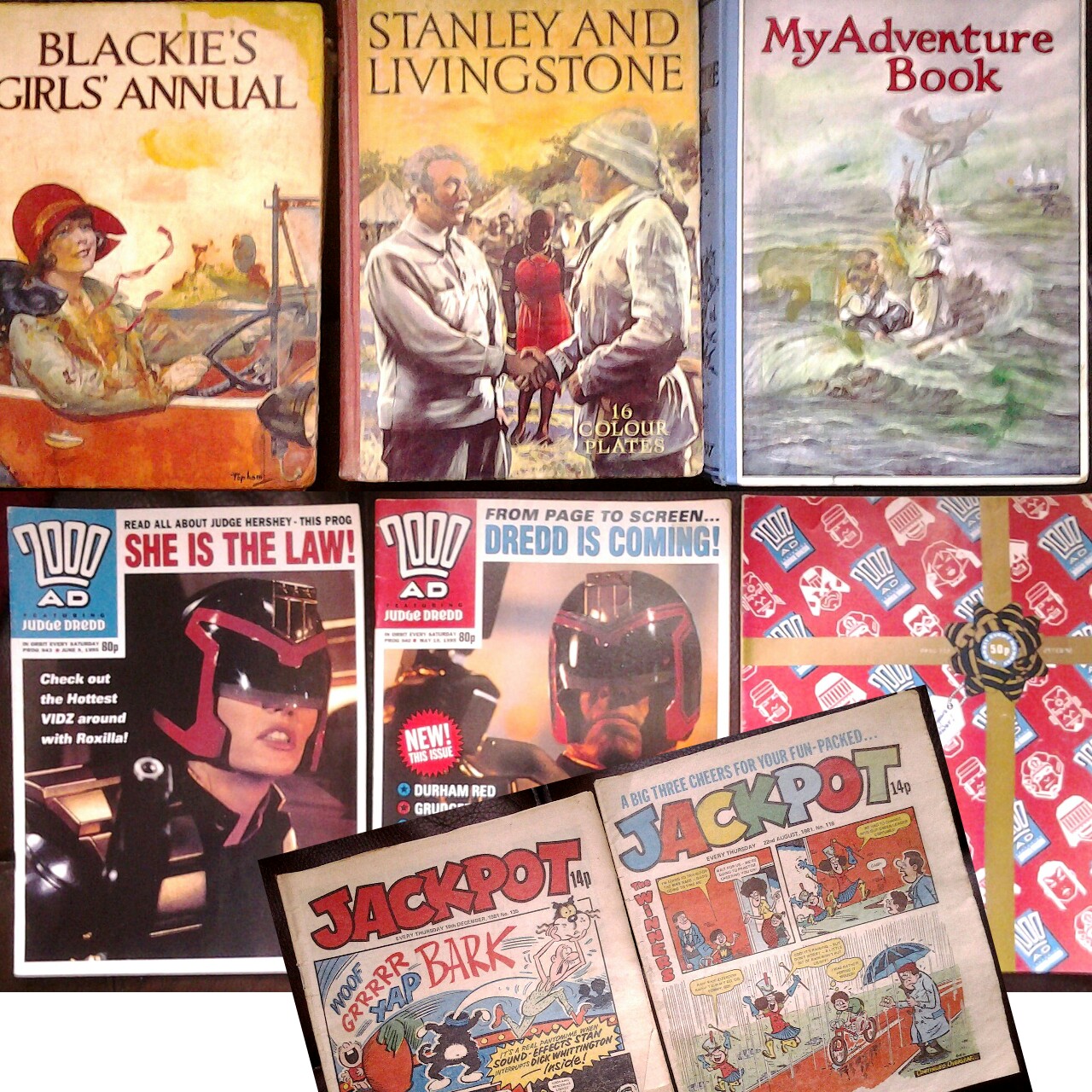 On the monday went to a shop in Yarmouth that has 4 boxes of comics at a pound each and bought 17 comics pictured. 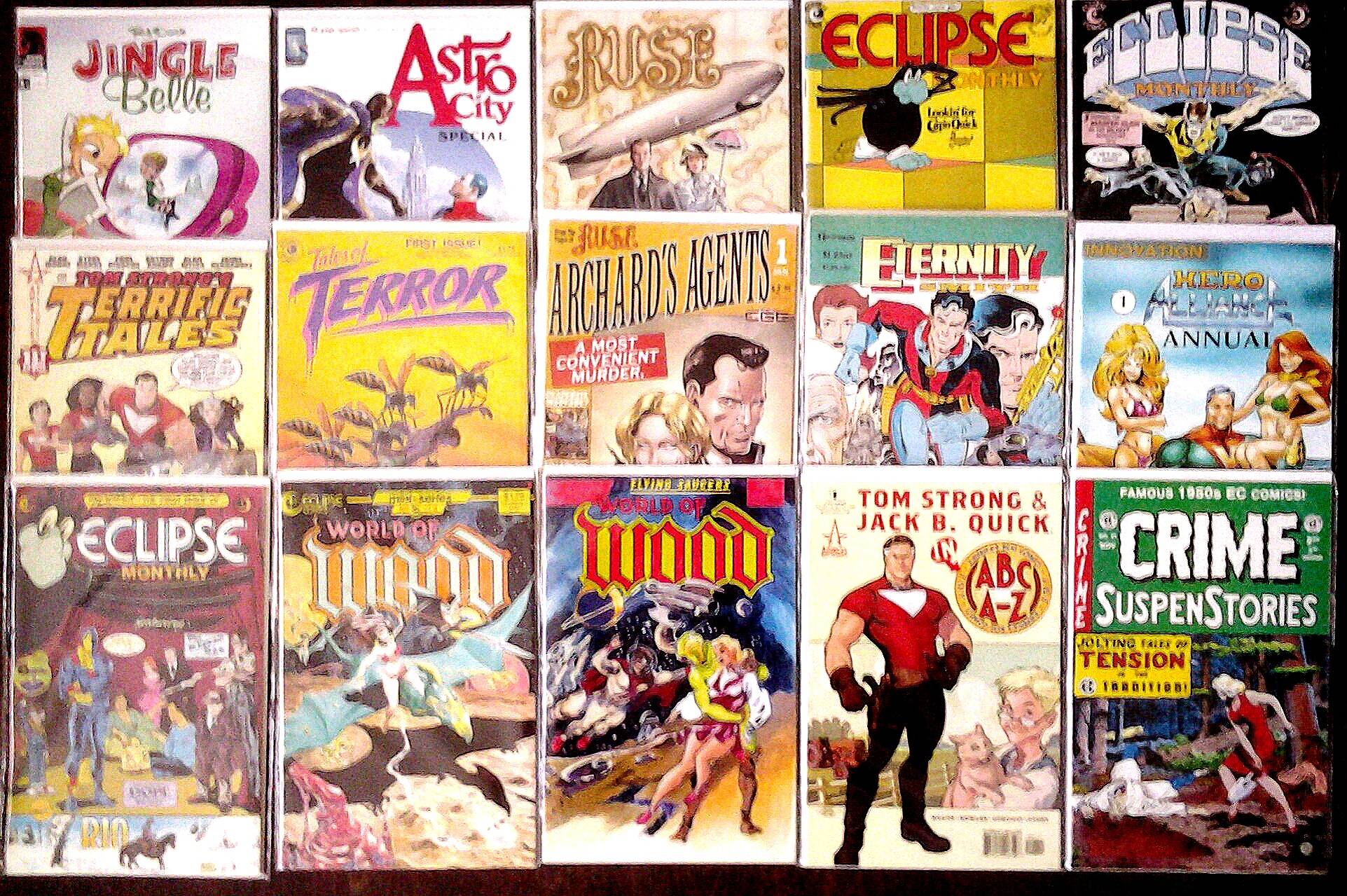 The comics are in sealed bags and you can only guress at the contents but the one I was glad to get was the 1950s facsimile copy comic CRIME. Suspense.
The rest are average 80s/90s comics that include three Tom Strong comics by writer Alan Moore.
Last edited by abacus on 06 May 2021, 09:56, edited 2 times in total.
Top

Nice books & comics abacus. Love the cover art. Yeah, to have a bit of a break and new scenery is a mind cleanser seeing we've effectively been staring at the same four wall for over a year now. Its been great in Swansea recently. Warm with blue skies. Well, until we have a small cyclone hit last night. Hope the weather conditions are bit better in Great Yarmouth.

I notice the Hero Alliance Annual. That superhero group ran for quite a while and there is a selection of the title on my shelves. One of the better superhero ideas, not necessarily the best art. That and Justice Machine and Southern Crusaders are fondly remembered. Well done.
Top

Tues::What weather !wet , windy, cold , wandered a round Lowestoft deciding to give outside eatng a miss.

Wed:visited the book and comic shop a second time and bought 15 comics.
Rather than create another picture I have replaced the previous picture while keeping the two comics mentioned in comments.
The owner has thousands of comics stored stock not on display and he brought out a large bag of comics for me to look through extra to the comic boxes on the counter he was also apologetic for having few DC or Marvel comics but I don't mind I like the independent publishers.
As mention all the comics are bagged and boarded therefore the covers are the only clue to the contents.
I usually finish up with three or four I don't like.(none featured here)

I suppose rust can be mistaken for a suntan.

Seaside towns used to be a haven to get comics, spinner racks full of comics and summer specials galore. I live in a once busy seaside town the two holiday camps have long gone the seafront amusements are a fraction of what was there 10 years ago it’s now a large Expensive commuter town that you can’t even get a commando comic with out travelling to a big town Over 10 miles away. I’m glad I lived in the comic glory days when comics where everywhere.
Top

Well said Captain. I took my life in my hands and got on the bus into town this morning. Wet and windy? We had some snow overnight. And it was cold and wet this morning. No shops in our town with back issues now and only a couple of newsagents with Commando or the odd Doctor Who comic. At least you can get a decent coffee and a bun.
Top
Post Reply
6 posts • Page 1 of 1