Two more Bill Ritchie cartoons in today's Weekly News he must have left a huge inventory, I've read the Weekly News every week since the early seventies so i'd know if they were reprints and he only started the single panel cartoons after he retired from the comics.
Top

In looking up the Valda strip for another thread I couldn't help but smile at this late Bill Ritchie series in the 2002 Mandy Annual - especially as it made me think of Peter's cards!

...And isn't it nice to see him finally being allowed to initial his work? 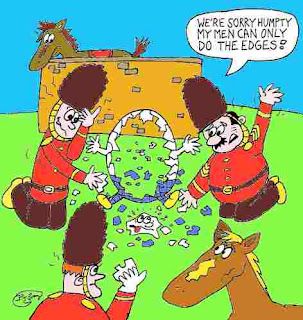 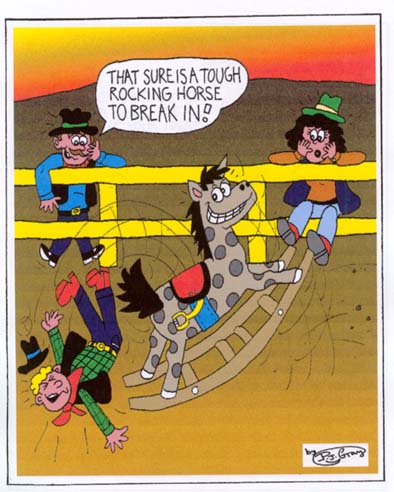 This is my new drawing and is selling well as a card..
Peter Gray's comics blog
http://www.petergraycartoonsandcomics.blogspot.com
Top

I've attached an original comic strip by Bill Ritchie. It is a bit unusual as it is autobiographical and I'm not sure where, or if it was ever published. It was drawn on a thin A4 sheet of card and my guess is that it was probably intended for publication in a Cartoon journal or Comic Convention booklet. Any ideas?

The final panel of the strip is interesting. 'Robbie' must be Wally Robertson who died three years after this strip was drawn, accompanied by Denis Gifford(?), with maybe Bob Monkhouse on the far left(?) Who are the two bearded guys - Don Lawrence and Ron Embleton maybe?

I have finally found the sketch that Bill sent to me some years back after I had written to him:

I just found the envelope that that sketch came in and Bill also sent me a nice letter and some Cat Street photocopies including this one featuring the artist himself (with a little note from him at the bottom). What a great image...interesting to see the cuttings he used for references in his drawings..
Peter Gray's comics blog
http://www.petergraycartoonsandcomics.blogspot.com
Top

Yes i seem to remember reading in an Alter Ego interview that comic artists would have an inventory of pictures cut from magazines etc of things they might be required to draw. Imagine getting a script entitled "Attack of the Killer Combine Harvesters" Nowadays any image can be found on the internet.

"Yep, anything you want"

"You're kidding, where?"
Top

I brought a bundle of comics over from my old bedroom yesterday and am still going through them (many will go on ebay) but I found this nice Ritchie Rover cover: Also picked up Bunty no.1 so here is a chance to see the very first Toots strip plus a nice Ritchie Christmas cover: