by Classic Comics
It's with great sadness that I have to pass on the news that Bill Ritchie passed away on Monday of this week. Bill's enormous catalogue of work will be well known to every British comics fan. For those of us who worked with Bill, he was one of the folk you always looked forward to seeing. You knew you'd have a good laugh and an interesting chat with Bill. His knowledge of comics and artists was extraordinary. And he was just a really nice guy, always gracious and helpful. A genuinely nice man who will be missed greatly by all of us who worked with him.

by Peter Gray
I'm a huge fan of his work..an amazing comic legacy he has given us..
My blog and website shows my enthusiam for his work..
http://petergraycartoonsandcomics.blogs ... %20Ritchie

Baby Crockett must be his most famous..he has drawn the same characters like Toots for many many issues..
His work is great fun to look at enjoy..

all the way up to the Weekly New cartoons..

What an amazing life he has had in comics..
a very long career with DC Thomson.. 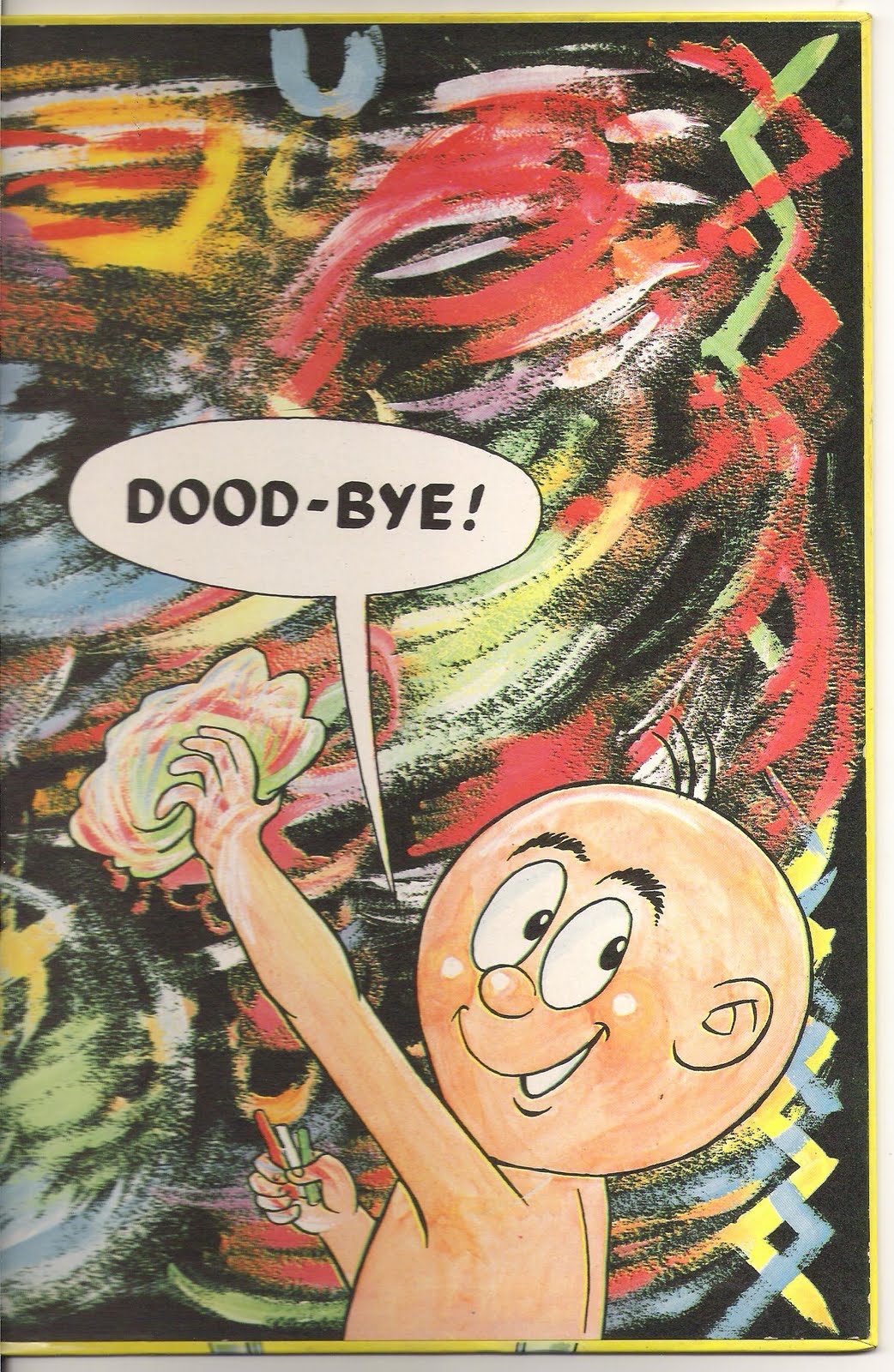 My prayers are with family and friends..

How old was Bill?..hope he had a long life..

by Lew Stringer
Very sad news. Bill Ritchie had a charming and individualistic style that made his strips a real pleasure to read. His work must have brought pleasure to millions of children over the years. Definitely one of the DC Thomson greats.

by Digifiend
RIP Bill. A Sparky Barney the Bulldog cover appears in this month's Classics, along with a Twitz from the Ritz episode. Just a small part of a great legacy.

by Niblet
Bill was one of the great names in British comics. It's always a delight to see his work. He'll be sadly missed.

by tony ingram
Very sorry to hear this. Bill's Baby Crockett was a longtime favourite of mine as a kid.

by RamblingSid
Sad news indeed. RIP and thank you for all those wonderful comic pages.

by Steve Henderson
Terrible news for everyone at DC Thomson and his family you all have my sympathy.

I met him a few years ago. He was a very nice man. We had a lovely long chat about what I think was some Steve Bright artwork, mainly about the livelyness of the comic and how comics don't need animating if they are done right (that stuck with me and helped with my studies, its what I was studying) A couple of kids came up to him and he drew them each a Baby Crockett and was nice to them too.

by johnfreeman96
Very sorry to hear that Bill has died. DC Thomson editor Morris Heggie has very kindly sent me a lovely photograph of Bill at work on Baby Crocket, which I've included in our downthetubes tribute. I've included links to both Lew and Peter's wonderful tributes to a brilliant artist.

by Digifiend
Bill on the brain? It's Baby Crockett. And Peter's tribute. You also called Lew Stringr on your blog.

Digifiend wrote:Bill on the brain? It's Baby Crockett. And Peter's tribute. You also called Lew Stringr on your blog.

by Jonny Whizz
Very sad, he will missed

. However, he has left behind a legacy with his great comic work and he will not be forgotten. His artwork was lovely and in particular I thought his Baby Crockett was great. Thank you Bill for producing such wonderful cartoons.

by AndyB
Such a pity. He'll be sadly missed.

by ISPYSHHHGUY
I see and smile at Bill's work virtually every day, due to the copious amounts of SPARKY comics that I have stacked in the bedroom: a totally unique style [he never drew anything other than his own natural style.]

My earliest comic memories are probably a mid-60s BEANO, however, his work on BIMBO which included BABY CROCKETT are amongst my earliest comic memories; he was also excellent at full-colour work, which I always assumed was done by him, and not a staff colourist......his stuff in the BEEZER annuals in particular stood out as superior and story-book-like. For all my enthusiasm for Sparky, it's BILL'S BEEZER work that probably struck me the most: evocative, and a curious blend of economy and intricacy........beautiful linework, to boot.