by Digifiend
Almond Mars bar? As it happens, the American version contains almonds, and the British one is called Milky Way (our Milky Ways are called 3 Musketeers there). So the joke won't have been so funny when The Thin Blue Line was shown in the States! 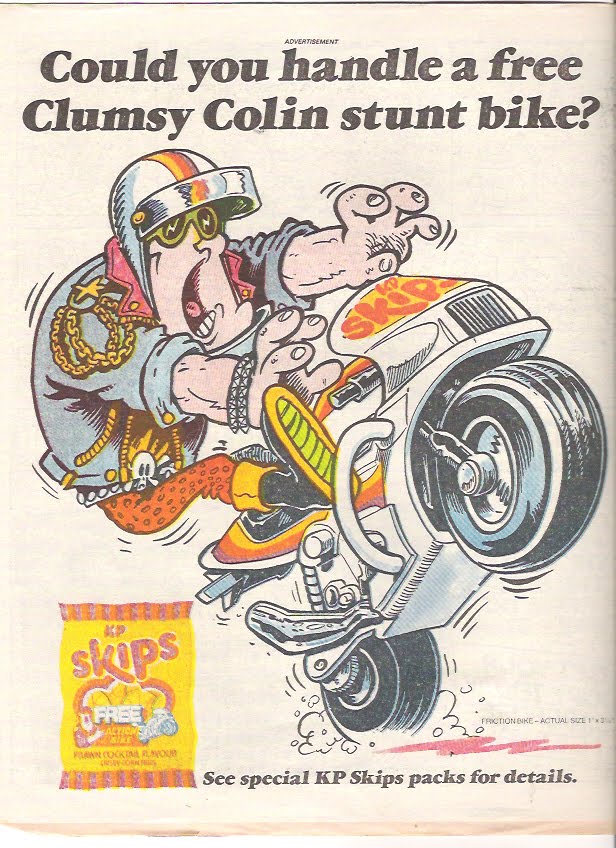 do you remember Clumsy Colin for skips crisps.....it was also made into a cheesy computer game..see more at the blog..including comic page in Buster..looks like the work of Robert Nixon..also see Dad's paintings and drawings..

by Digifiend
Don't remember that Skips packaging. I was only a baby at the time! You mention a "cheesy" computer game, that makes me think of Pushover, which was a Quavers tie-in. But the one you're actually referring to is Action Biker. Both mascots are caled Colin, strangely enough (Colin Curly was the Quavers one).
All times are UTC+01:00
Page 2 of 2