On a bit of a whim I just randomly bought a copy of Batman Year One, as I was thinking about playing the recent Batman trilogy of games and I also picked up a copy of V for Vendetta. I have never bought or read a comic/graphic novel in my life! Anyway I really enjoyed both of these and I was thinking about maybe getting a few more!

My favourite book is 1984 and I think V for Vendetta sat quite well with me for its similar dystopian future setting, and Year One was quite gritty so I think I am more interested in the darker gritty style of graphic novels. Next on the list is Watchmen and maybe The Walking Dead, I have also read loads of good things about Brian Vaughan so might pick up Paper Girls and Saga but there are so many comics out there and it's pretty hard and intimidating for a newbie to walk into as I have no idea where to begin!

Anyway yeah, hello everybody! If you can think of any comics/graphic novels which are quite dark and gritty then let me know as I am eager to get some more comics and would greatly appreciate any guidance!

I'd recommend Maus to anyone.
I started to say something sensible but my parents took over my brain!
Top

Yeah I have heard a lot about Maus, it's definitely on the list! I picked up Watchmen today and the first issue of saga, I'm hoping I like saga so I have a more episodic ongoing series to get into other than just graphic novels which have now finished their publication.

Thanks for your suggestion! any other recommendations?
Top

Catsonheat wrote:Yeah I have heard a lot about Maus, it's definitely on the list! I picked up Watchmen today and the first issue of saga, I'm hoping I like saga so I have a more episodic ongoing series to get into other than just graphic novels which have now finished their publication.

I think you might like the crime stories by Ed Brubaker and Sean Phillips, such as Criminal. They currently have a (fairly) new series called Kill or Be Killed as a monthly from Image Comics.
The blog of British comics: http://lewstringer.blogspot.com
My website: http://www.lewstringer.com
Blog about my own work: http://lewstringercomics.blogspot.com/
Top

Yes, what Lew said. Very good, indeed. Of the mainstream American books, I'd suggest Batman Year One, which is well written and illustrated. I know what you mean about episodic rather than an all-in-one story but you might enjoy Planetary by Warren Ellis and beautifully drawn by John Cassaday. Some of the Corto Maltese books by the genius that was Hugo Pratt, are available in English, and start with the earliest one you can find, probably The Ballad of the Salty Sea. My favourite is the collection of The Celtics but I don't know if it's translated yet.
The best way to try GN's or tpb's is your local library - and they're free.
Well worth a read is the first book of League of Extraordinary Gentlemen by Alan Moore and that nice Mr. O'Neill. If you've been put off by the film, don't worry as this original comic version is vastly superior, and quite gripping imo.
Top

The O'Neill-Moore original also contains a demonic version of Rupert the Bear, I seem to recall! 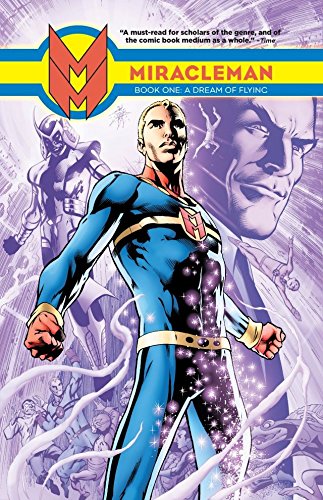 If you want 'gritty' the collected Darkie's Mob is definitely worth a look. Fantastic script by John Wagner and wonderful art by Mike Western!