A place to discuss these comics and for the people involved in producing them to let us all know what's going on in this niche of comic world.

So, I'm launching my crowdfunding campaign on Indiegogo starting the 1st of September 2019 for my new comic project, Mary Boys.

The pitch video can be viewed here: 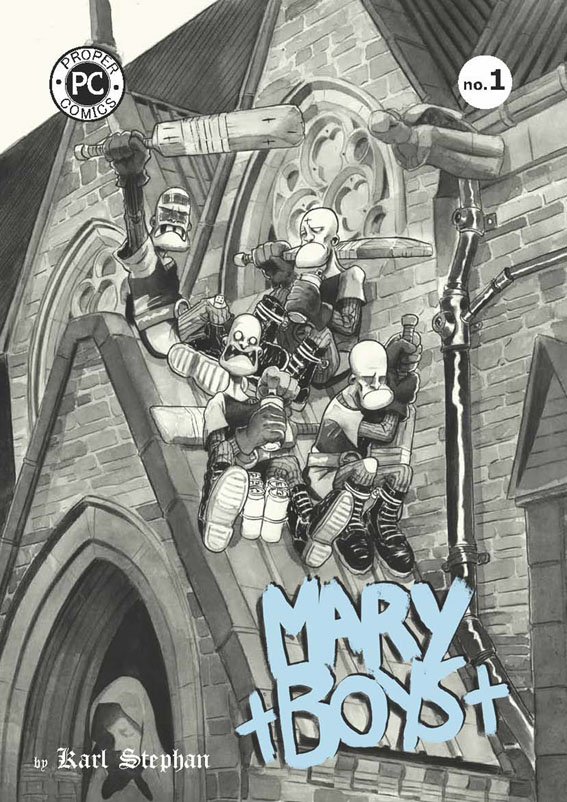 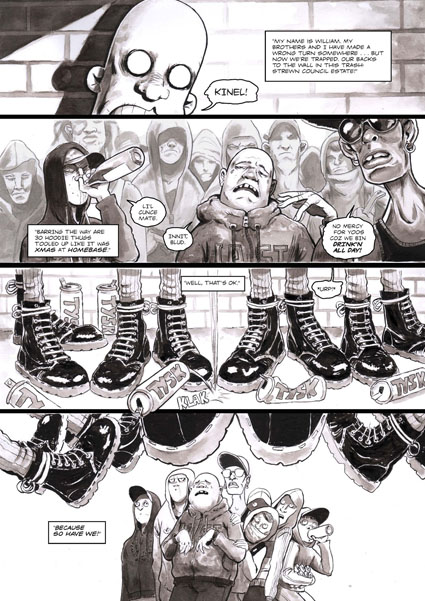 The Mary Boys are quadruplets born with a rare genetic condition that causes enlarged hands and feet, distorted facial features and prevents sufferers from growing any body hair. Their condition also affects the way they metabolise alcohol. Drinking beer gives them almost superhuman strength strong and endurance (unlike the rest of us who send drunk texts to people we ...shouldn't).

The boys are from a backwater English town called Basham and were raised by an old priest named Parrish. May years ago Parrish was the victim of an attempted robbery which left him with a bullet in his skull and flashbacks to a past life when he was a member of the original Order of the Knights Templar hundreds of years ago. Using this new-found knowledge he trained the boys in the Templar fighting traditions.

Basham is riddled with many social problems thanks to a huge retail corporation driving out small businesses, cutting jobs and leaving large sections of the community impoverished and at the mercy of gangs.

Parrish prophesied that Basham will suffer a great biblical apocalypse unless it is purged from its evils. So, the boys roam the streets at night with their cricket bats, heavy boots and lager cans to bring in the needed salvation by force.

The 'Mary' in the title is a reference to the Boys being Catholic and also to the mysterious image of the Blessed Virgin being ever present in their nocturnal missions, guiding them in their fight against gangsters, hooligans and wrong-uns, including Basham’s own police force.

Mary Boys is a very British black comedy that will appeal to fans of comics like Tank Girl, The Goon, Cerebus, Marshall Law and TV shows like The Young Ones and The League of Gentlemen.

Save for the lettering the covers and interior pages are all traditionally illustrated with real media, so it looks definitively old school.

Sound interesting? Go ahead and download the first 7 pages by clicking the link:

This Indiegogo campaign will cover the first two issues which contains the self-contained Mary Boys origin story and introduces some of the major characters and themes. If this gets funded I'll be sure to do more. There's a lot more to tell.

Hi everybody. Just to let you know that the campaign is live. I would love your support in bringing these comics to print: https://indiegogo.com/projects/mary-boys
Top
Post Reply
2 posts • Page 1 of 1