I recently got a copy of one of the beano specials from the 1980s at a market.

It doesn't have an issue number on the front cover. All the sources I can see online say that it's issue 2. But it has an advert for the supposed issue 1 coming soon on the back page.

Does anyone know the true issue 1 of the beano special? Is it Kids Rule OK or Double Trouble? It looks like they didn't have issue numbers added until issue 3.

The actual comic itself is brilliantly weird. Dennis and an army of kids take over the country. He gets crowned king then gets invaded by the Soviets (who he defeats) before losing power by running out of money.
Top

I have Double Trouble listed as issue 1 and Kids Rule OK as issue 2, as does Comic Vine. But from your description, that's the wrong way around. I assume Double Trouble advertises issue 3, The Time Travellers?
Beano and Dandy Comic Libraries and Fun-Sizes list

I bought Double Trouble off ebay and it doesnt advertise the next issue of the Beano Special it just has an advert for the weekly Beano on the back page.

This is the advert at the back of Kids Rule OK. 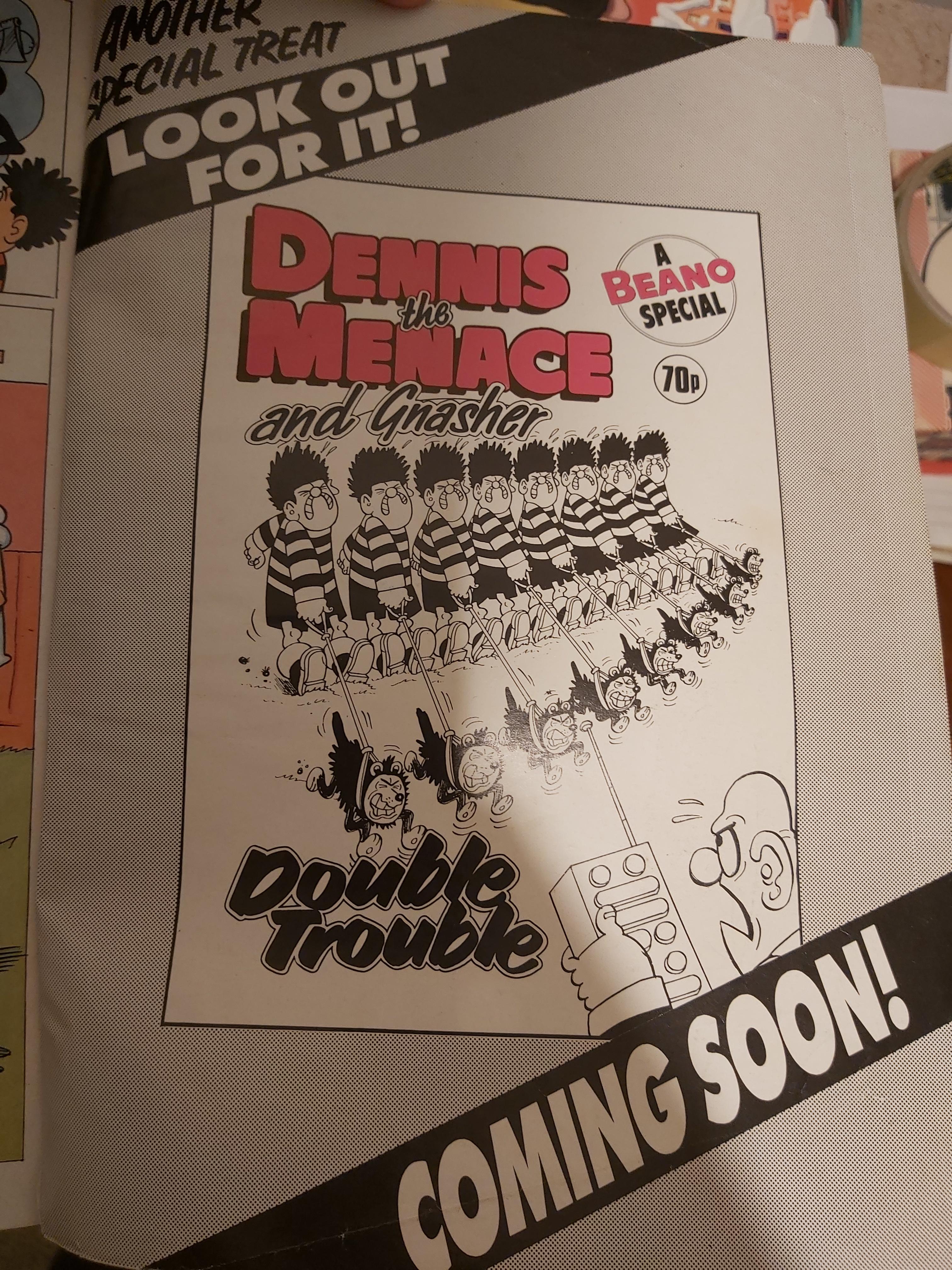 Although I think this Super Mags comic that came out in 1986 is sort of issue 0.
I really should have bought that second bundle of Super Mags plus 7 Beano specials instead of Double Trouble on its own... But I only just realised the Super Mags existed.
(Edit: I searched for Super Mags on this forum and found posts where I was talking about them 10 years ago

Anyway here is hilarious panel from Kids Rule OK. Its so out of character for Dennis and the Beano as a whole 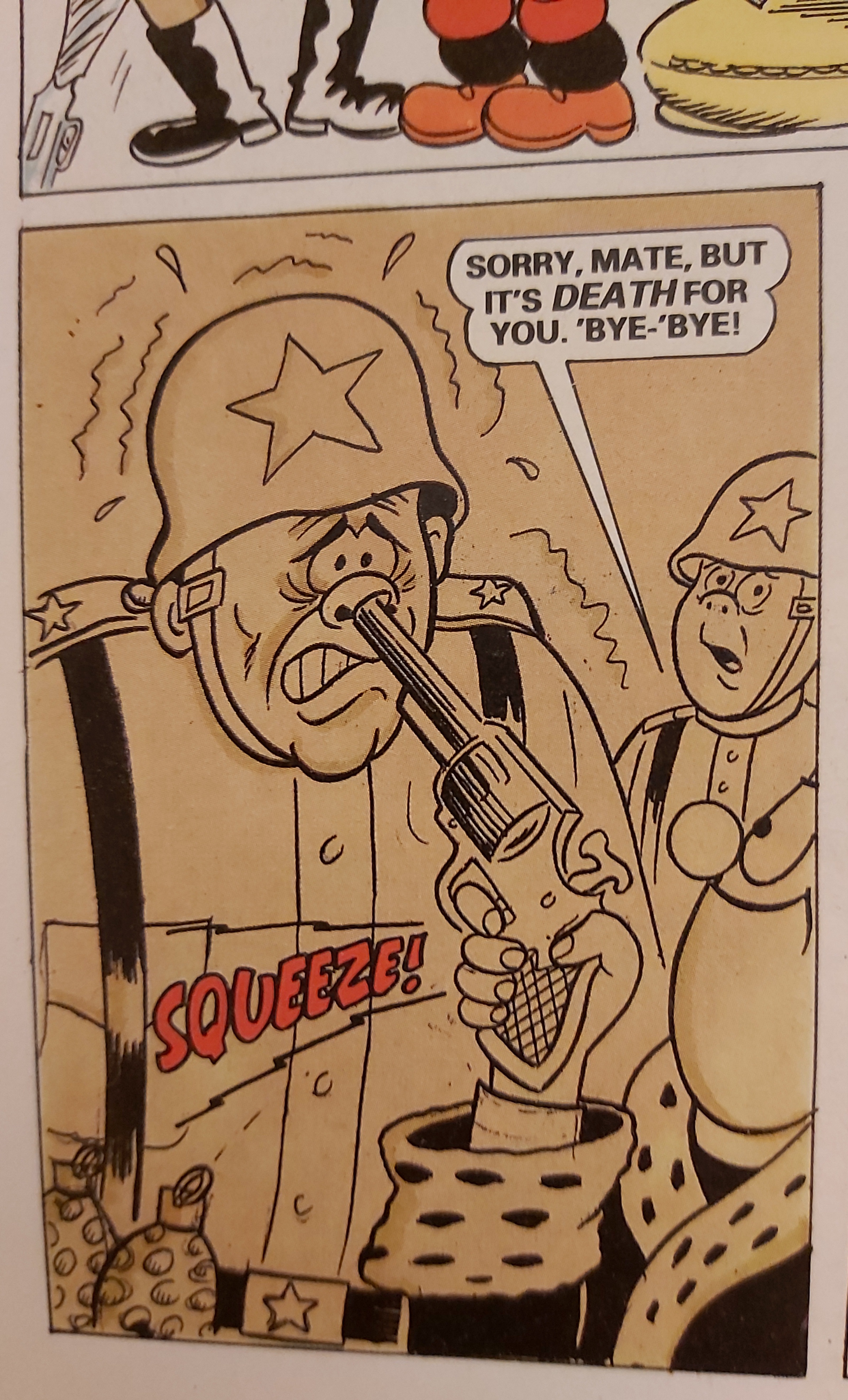